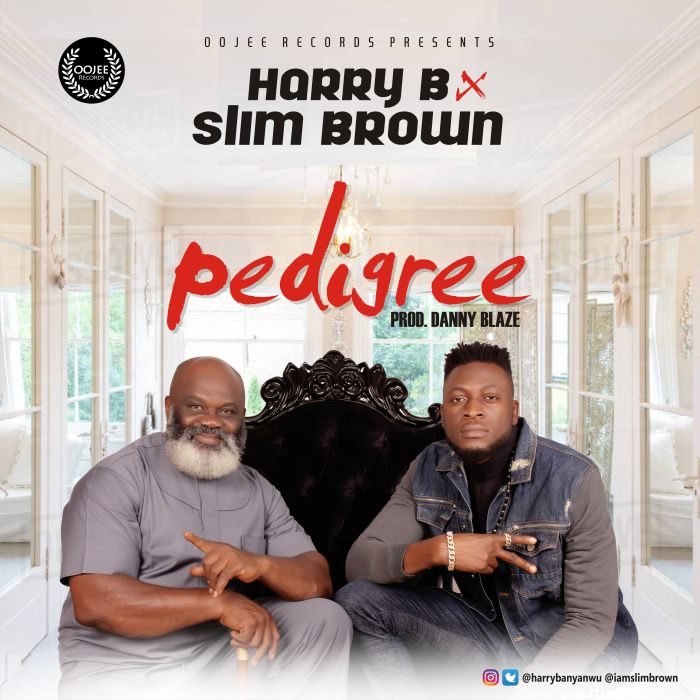 Oojee Records presents the Harry B x Slim Brown project titled “ Pedigree “.
Harry B , a well known face in Nollywood makes a debut in the music industry with this one. He is being acclaimed for his numerous freestyles on Socal Media by his followers, and also after his viral freestyle scene on the popular TV series “ Professor Johnbull ” he takes it a notch higher with this masterpiece featuring the south east rave of the moment
Slim Brown .
The song is produced by Danny Blaze and is sure to make a big impression on the streets and in the clubs. Enjoy!!!
Listen & Download “Harry B Ft. Slim Brown – Pedigree” below:-