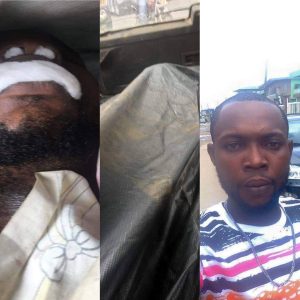 Armed Robbers Shoot ‘Cross’ Dead In Lagos Godwin Durugo, a father of 3 children who hails from Imo state was this morning shot dead at Ladi-Lak, Bariga LGA of Lagos State.

“My brother was shoot death at Lady Lack Bariga Local government Lagos. Robber’s killed him this morning all because of Bike motorcycle, which they collected from him after shooting him from behind. I heard he carried the Robber as a passenger but not knowing that the guy is a thief . He shoot him and left with his new Bajaj bike. Just because of Bike I have lost my brother. Brother Names is. Godwin Durugo.(A.K.A Cross) from Imo State. A father of 3kids , A boy and 2 girls. Am in pain my brother is gone mennnnn”