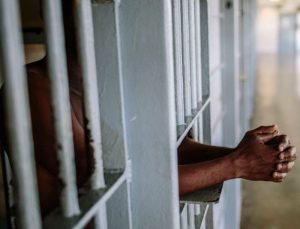 The National Agency for the Prohibition of Trafficking in Persons (NAPTIP) says it secured the conviction of three men before a Federal High Court sitting in Port Harcourt, Rivers State over offences bordering on human trafficking.

A statement signed by the Head of Public Relation Unit of the agency, Mrs. Stella Nezan, identified the suspects as: Olujimi Mayokun, Peace Eze and Adaugo Okafor.

News Agency of Nigeria (NAN) reports that the suspects were arraigned before Justice J.K Omotosho of the court on a six-count charge on Nov. 13, 2018.

The statement quoted the judge as saying that the sentences would run concurrently.

Part of the charges which the suspects were convicted and sentenced for are child abduction, sale of person and others which NAPTIP said it contravened the provision of the law.

The statement went further that operatives of NAPTIP and a team of the Nigeria Police Monitoring Team arrested the suspects during a joint operation after thorough investigations about their crimes.

The statement revealed that during investigation, the suspects abducted a two-year-old male child from Awka, Anambra and took him to Port Harcourt, Rivers State.

It said the females among the suspects (Peace Eze and Adaugo Okafor) kidnapped their neighbour’s son, took him Port Harcourt and thereafter demanded ransom payment from the parents.

It said that the two later met with Mr. Olujimi Mayokun who connived with them to sell the child to an unknown person at Omega Power Ministry, Port Harcourt.

The agency said that the act committed by the suspects contravened sections 13 and 21 of the Trafficking In Persons Prohibition, Enforcement and Administration Act, 2015.

It said the Director-General of NAPTIP, Mrs. Julie Okah-Donli while reacting to the incidents commended the efforts of the Nigeria Police in the investigations and arrests of the suspects.

She, however, expressed her worries over the inability of the suspects to locate the whereabouts of the child after he had been sold.

Okah-Donli used the opportunity to caution Nigerians especially parents to be mindful of who they trust around their children, and report any suspicious characters to the Police or relevant authorities.