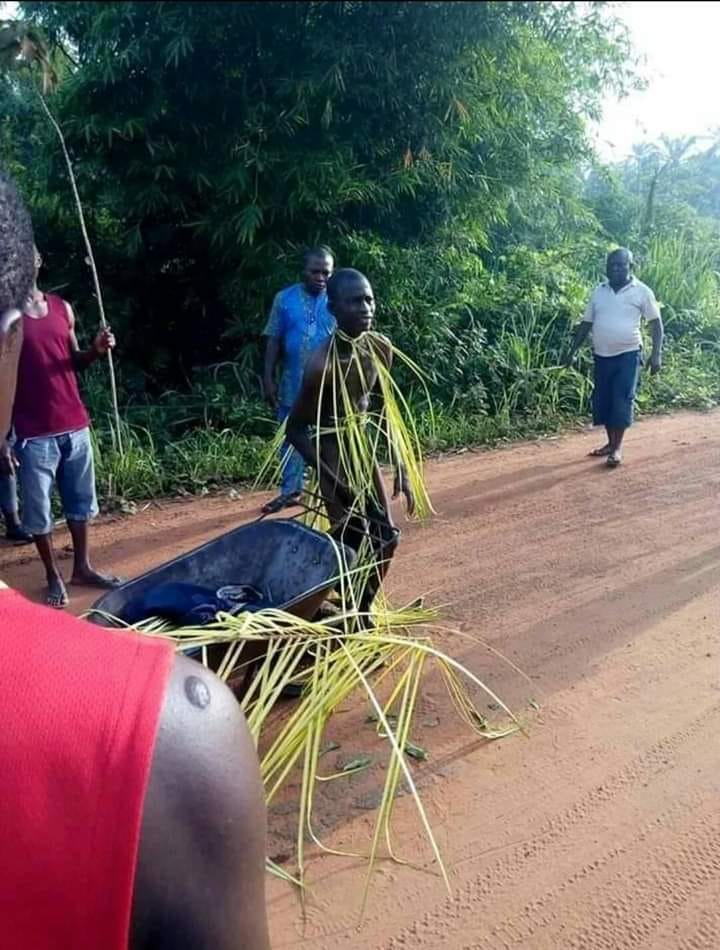 A young man who was accused of murder has been banished from his community in Imo state. The accused identified as Mr. Obinali but popularly known as ‘Nwa Ohuru’ allegedly confessed to killing one Mr. Clement Durugbo and purportedly planned to assassinate another man before he was caught. Based on the alleged confession, the young man was stripped totally unclad and paraded round the town as some traditional rites were performed. After that, the village kinsmen banished the suspect from the community for the next five years. Source: Abia Breaking News