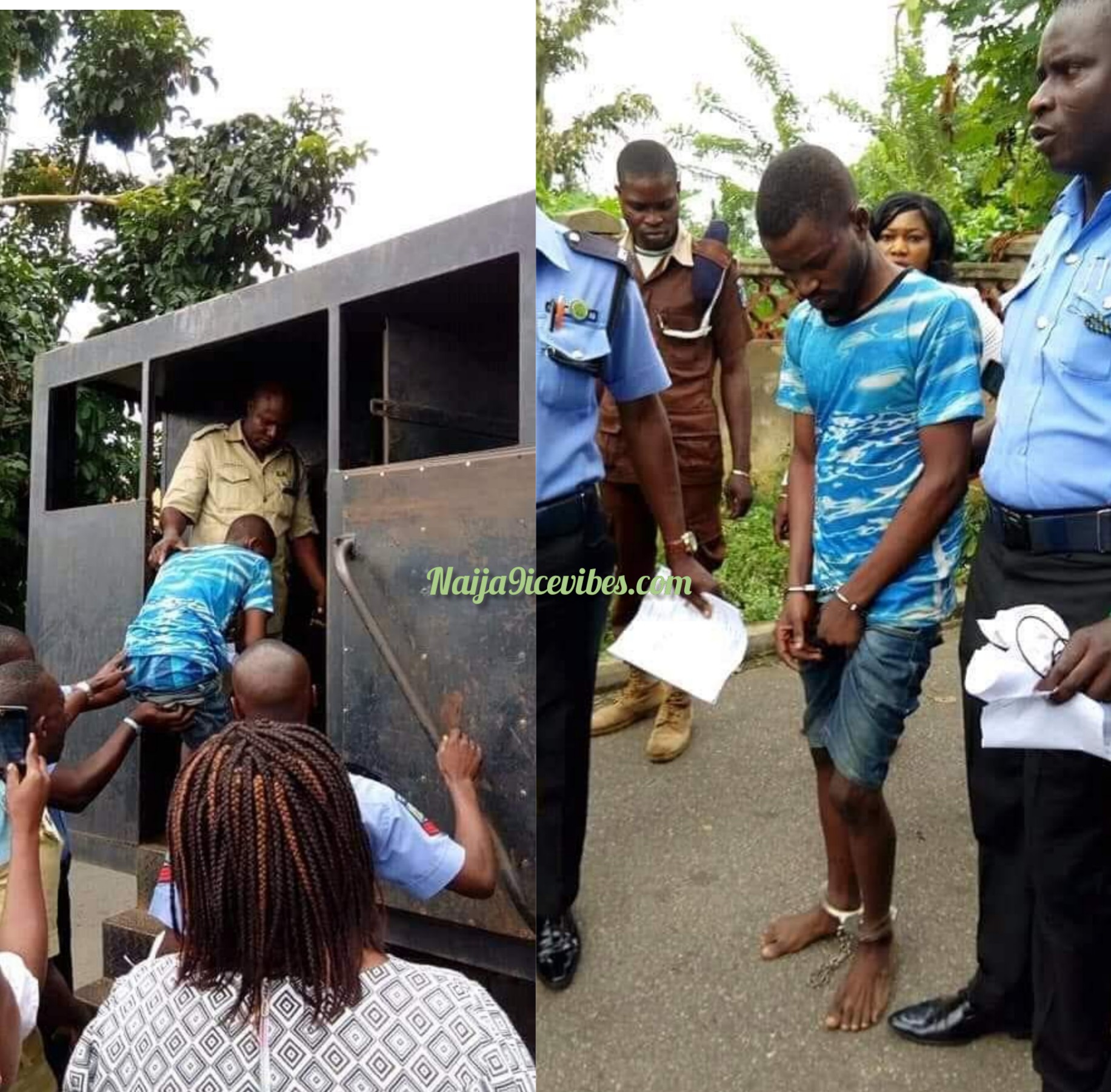 finally the justice has be done for this case that happen On July 20th, 2018 a case about a Yahoo guy who was accused of using his girlfriend for money ritual. The girlfriend happens to be a daughter to ex-Ondo Deputy Governor. Yesterday the killer was sentence to death by hanging….

Khadijat, a final year student of the Adekunle Ajasin University (AAUA), Akugba-Akoko, was found dead inside the room of Adeyemi at his residence in Oke Aro area of Akure on July 2nd 2018.

The deceased and Seidu dated for eight years. According to police investigation, Seidu allegedly killed Khadijah for ritual purposes and then buried her in his room.

On July 12th 2018, while he was being paraded, Seidu denied killing Khadijah. Explaining how she was killed, Seidu said;

“Khadijat was my girlfriend since 2010 and she visited me to help her in writing her final project in school. She slept in my place on Thursday and left on Friday the following day. She sent a text message to me on Monday, 2nd July that I should send some money to her. But I was surprised to see her that same Monday when she came with two boys to my room. I left her in my room with the two boys but when they called me some 30 minutes later, one of the guys brought out a gun and ordered me to kneel down while one of them was making love to Khadijat who was naked on my bed. Khadijat was begging them to leave and promising not to tell anyone about what happened but they strangulated her in the process and ordered me to go and bring digger and shovel. I thought they wanted to use that to escape from the scene of the incident but when I entered the room they were still there and ordered me to dig the grave where we buried her in my room and covered it with the rug. ”

Asked why he failed to alert her parents or tenants when he was ordered to look for the diggers, he said;

“The tenants were busy watching World Cup match and the noise from the home theater in my room was too loud to make them know what was happening even when we were digging the grave in my room. The two boys left after burying her and I couldn’t sleep in my room that day and I had to sleep in my brother’s room because I wasn’t myself and I couldn’t tell anyone because no one will believe my story. I don’t know the two guys, though they have visited my place thrice with Khadijat I don’t know them or their names. I have been dating Khadijat since 2010, she was my girlfriend but I knew nothing about these guys, she invited them, I don’t know their names but I can recognise them.”

“I did not kill Khadijat for money ritual, though I joined Yahoo business this year and never made any headway I don’t plan to do any ritual”.

”His defence is very infantile and does not hold any water and I am very sure in the next few hours he should begin to talk”.

On how the suspect was arrested, the police spokesperson said;

”We met the suspect who happened to be the boyfriend to the late Khadijat, in his room trying to pack the remains in a sack and this is to tell you that he killed Khadijat. According to him, he mentioned some other suspects now at large but we found that he single-handedly looked for digger, shovel, dug a grave in his room and buried Khadijat. The Police immediately swooped on him, and on close observation of his residence, it was discovered that the suspect had actually buried the missing girl for six days and was planning to exhume the remains and finally dispose of them. According to him, he was not comfortable with the stench coming from the decomposed body as it was not properly buried”.