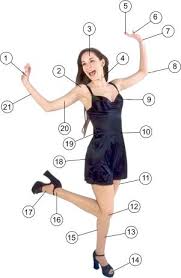 The human body is an incredibly complex and intricate system and it still baffles researchers regularly despite thousands of years of medical knowledge. As a result, it shouldn’t be a surprise that even body parts we deal with everyday have unexpected facts and explanations behind them.

Here are 20 wacky facts about the human body: