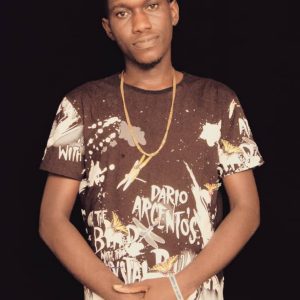 Marjor Dan is a fasting rising singer, song writer and a producer with a unique style and sound, He started singing and playing musical instruments from a very tender age, He started music production officially in the year 2018 after training for 7years as a music producer, and unleashed his first hit on the 8th of May 2019 Titled: Dog Life in which he featured THeoranking and Dj Mozanga .