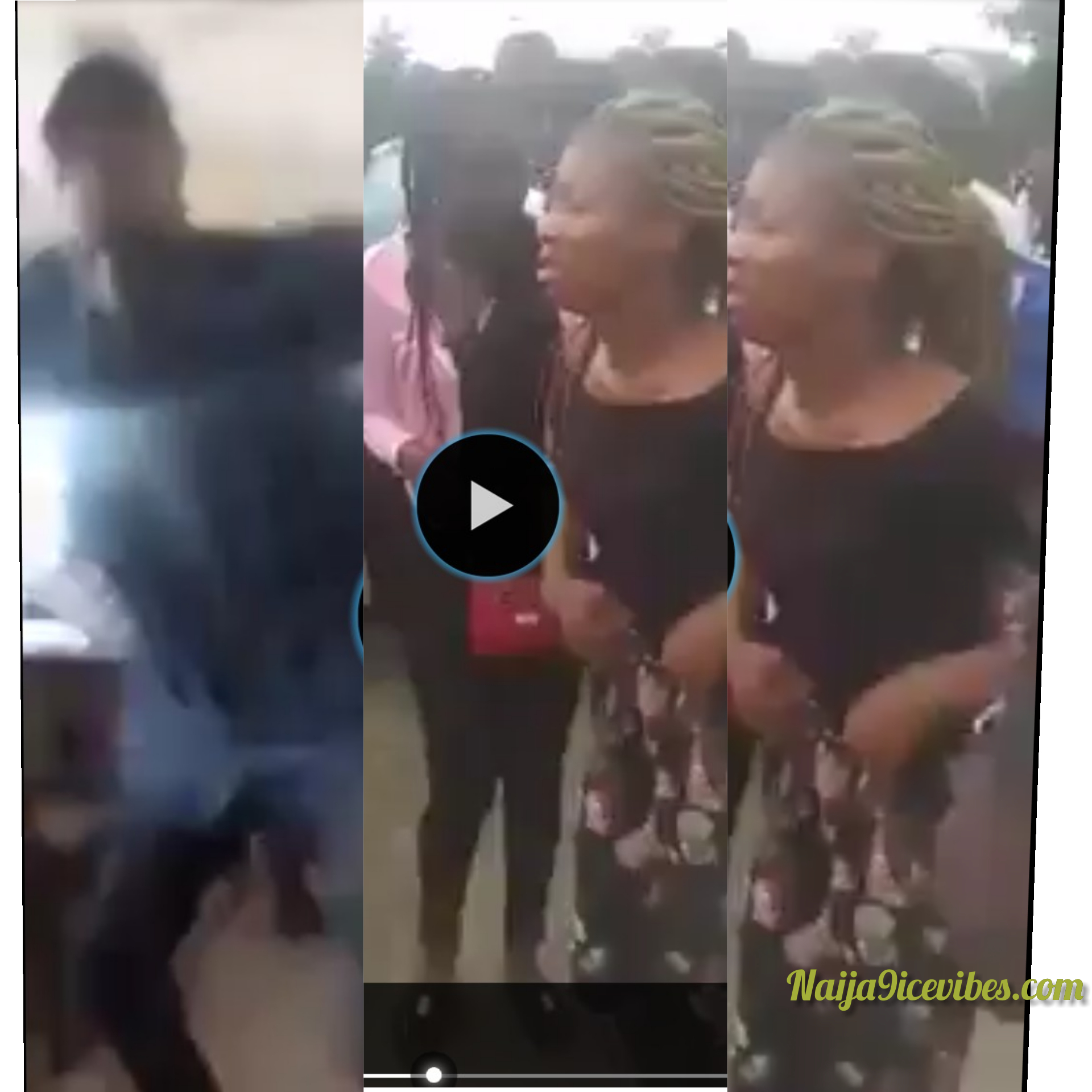 According to an eye witness, a student of Michael Okpara University Umudike, Abia State called Jane, dumped her boyfriend after the young man have paid her school fees.

The young man now came back for his money with a hot slap!!!

The young man still insists that Jane will give him back his money. Still remember that from our reports, A young man paid a school fees for this girl called Jane, at the end Miss Jane decided to dump him. He is now requesting for his money in return.

From the video, most of the guys are in support of this young man while Jane is a scape goat and helpless.

Anyway, some girls are heartless while some guys are stupid!!! Watch Video Below:-